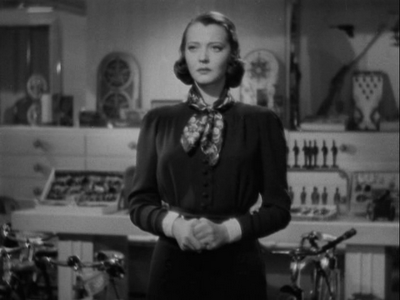 Sit down. Didn't you hear me? I said sit down. Now you listen, what I have to tell you isn't hard to explain, you should have learned it at school. School we all went to, only I learned something in that school everyone didn't, though, I guess. Something you've heard all your life and laughed yourselves sick at. You've heard it from long-winded reformers, you've read it in hot-air editorials, it's the oldest chestnut in the language. Is that, well... crime doesn't pay... I don't mean because you get caught by the law and punished, because sometimes you're not and I don't mean because it kills something decent inside of you, 'cause a lot of you wouldn't care about that. No, what I mean is it doesn't add up in dollars and cents, you can't make any real money stealing.

Yeah? We'd made thirty grand out of this if you hadn't butted in...

You can cut that down to 15% of thirty grand, that's all the fence would have given you. And not a cent more!

Shifty would have given you 15% and that's all. I used to know bigger people than you who did business with him and that's all he ever gave them. Maybe I can show you better: 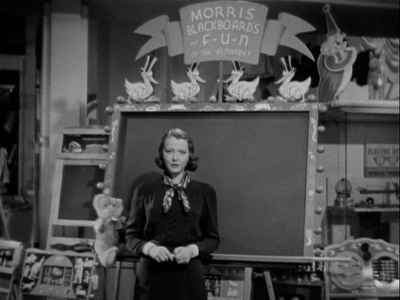 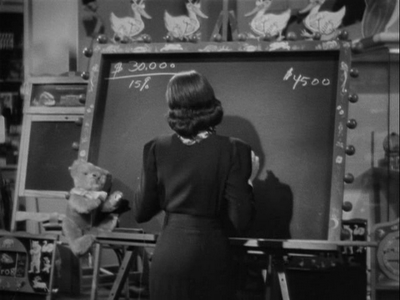 Now, the pay-off over here. The getaway car, how much?

Okay. Getaway car... one thousand. You sell it for half that, say 500 here. You could have stolen it but the brain in back of the job didn't want a hot car on his hands...

Sure, we always stole it before.
Yeah, imagine, buying a getaway car!

The trucks to haul away the hot stuff. You can't hire trucks for less than 200 a piece for the chances they take. How many? 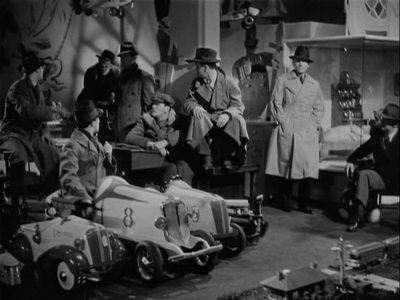 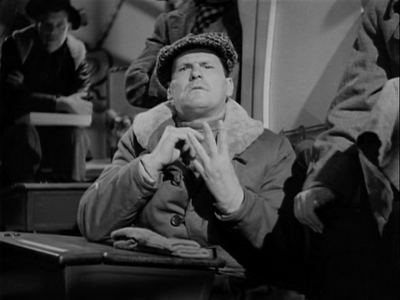 Three, then. You were tipped off to bribe the watchmen, Mr. Morris had a little talk with them. He told them the only way to save their jobs was by going through with it, like nothing had happened. Three watchmen at 100 a piece makes 300 dollars. 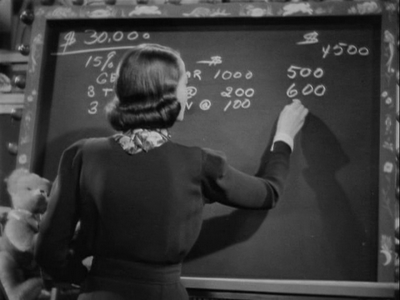 The two stockroom men you bribed in the fur and silver departments squawked.

Why, the... And me trusting him like a mother.

They wouldn't risk their good jobs for $50 a piece. That makes another 100. 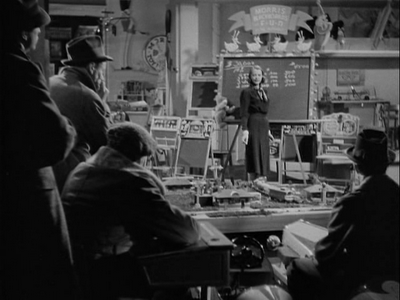 The getaway tickets, we'll up them together. One, two, three, four, eight of you.

Eight of you. At $40 a piece, I suppose. Let's call it $300. I'll throw in the tools, the money for the doctor and your guns and all the other little expenses, I won't even count them. 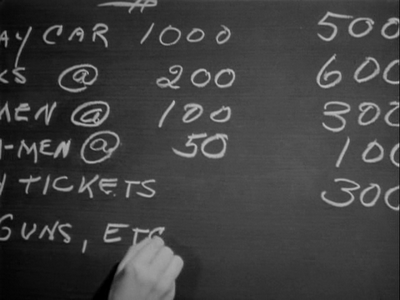 Oh, wait, there's the mouthpiece. Can't get a lawyer for less than a grand, they always charge that. Now let's see... 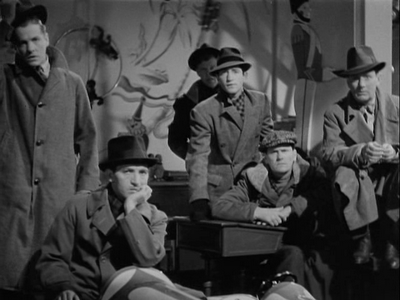 ...$2800. 28 from 45 is... $1700. And now for the boss. You think you're gypped by Mr. Morris, that your wages aren't high enough for the hours you spend working for him. So you make up your mind you won't work for this boss anymore. But there's always a boss on any job, you simply traded Mr. Morris for another boss. 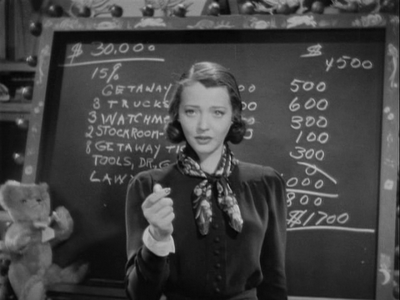 But this one doesn't pay you in advance and get his profit afterwards. This one takes his profit first. And you get what's left to divvy up among you. His cut is a third, right? 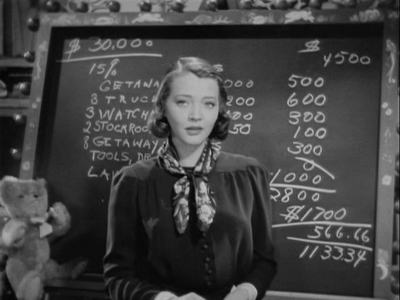 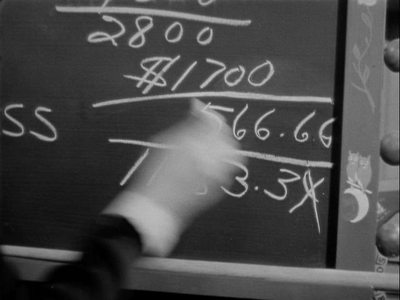 Okay, that makes it easier for me. $113, 33 for each of you. And for $113,33 you throw away your jobs, lose your homes, be hunted by coppers and sooner or later be sent to prison. Some of you are two-time losers, if you're send up again you're in for keeps. Only the biggest sap in the world thinks crime pays any dividends.

But sister, you ain't trying to tell us that the bigshots don't make any more than that. 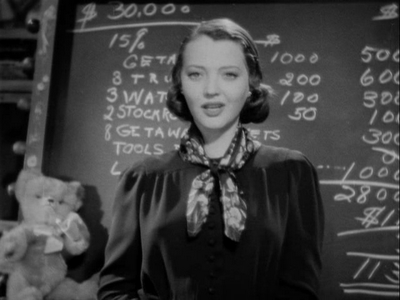 The bigshots aren't little crooks like you. They're politicians.