His name was Raoul (I) 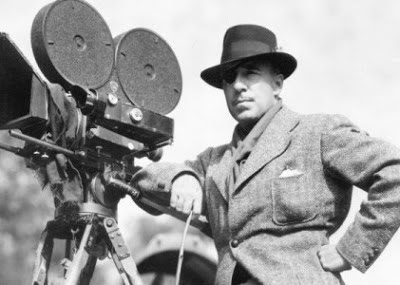 "Do you feel you learned a lot from your work with D. W. Grifﬁth?

Oh, yes—continuity and cutting and progression.

What about setting up the shots?

Well, that’s easy once you’re there with the script.

But you’re talking about seven hundred people. How do you just know how to set up a shot?

So you mean it was an instinctual process?

I guess so. A lot of directors ﬁght away from crowds. They sort of get a bit panicky, particularly young directors coming in. But they never panicked me at all. The more the merrier. I pick out how they enter the shot, then how to get rid of them. One time I made a picture in Italy with four thousand extras for four or ﬁve days. Then you get down to close-up shots and you need only two thousand.

There must be a way to train yourself to think about how to handle that many people.

Well, I come from a large family."

"I’d like to ask you about the death of James Cagney on the steps of the cathedral in The Roaring Twenties. He takes a long time to die and runs through most of New York.

How did it happen that Flynn died at the end of They Died with Their Boots On?

Well, you couldn’t change history. He didn’t mind dying, as long as he got paid."

"Do you have any particular methods for shooting a chase sequence, in particular the one in High Sierra?