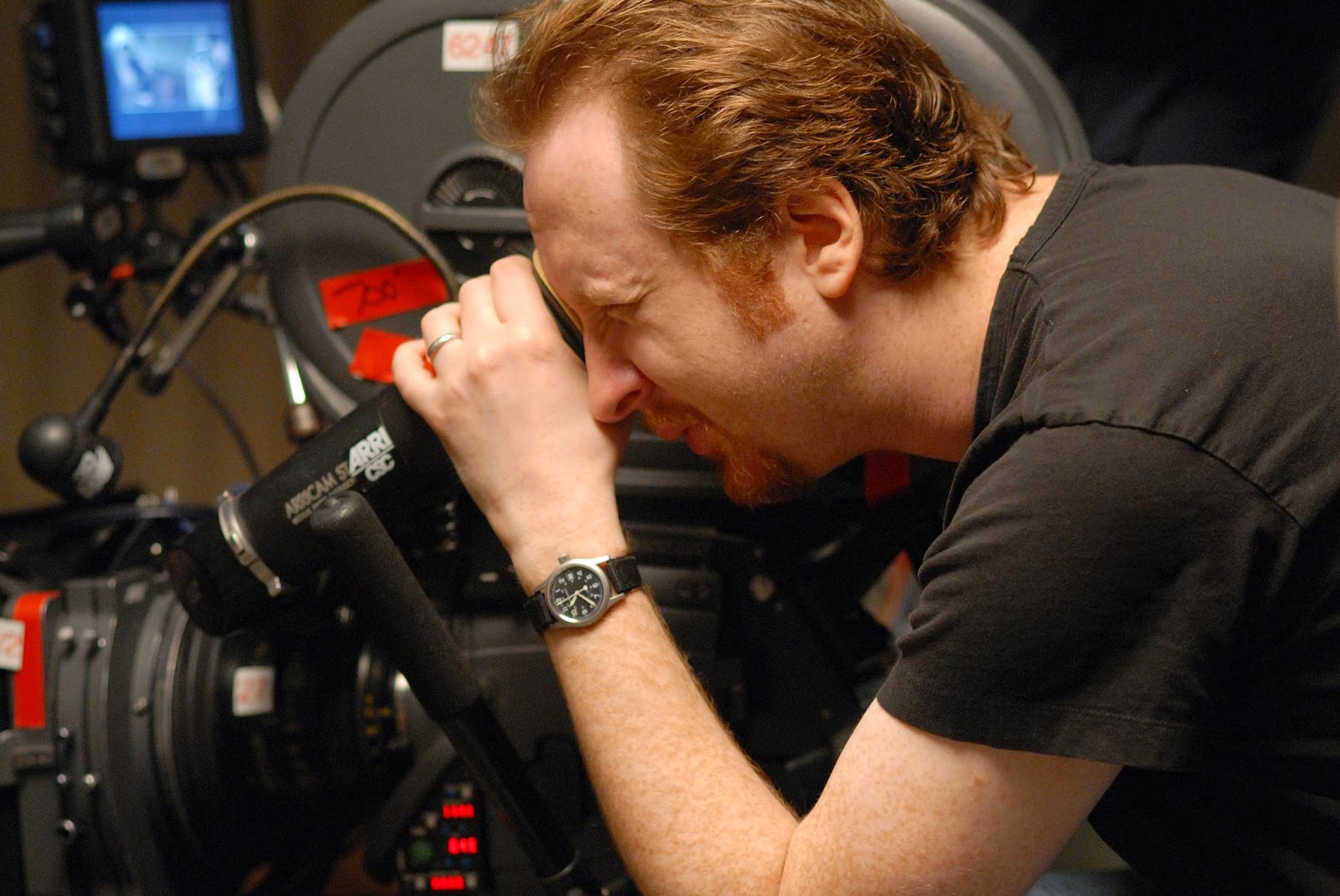 “What I resent is people who say, “Film is old, who cares about film, now we’ve got digital.” Well, that’s fine. You can go shoot your movie on digital, that’s great. But there are other people who want to use a different medium. The problem is when you get rid of film you can’t choose that anymore. It’s not that digital objectively sucks, although it’s not my taste. Fine, you wanna shoot digital, that’s great! But the thing… I read somewhere, I think it was Mike Leigh who criticized what Tarantino was saying about film was “bollocks” or something, and I felt that what Mike Leigh said was bollocks. Because he’s basically saying that what the artist wants to use doesn’t matter. And how can that be the case? Would he walk up to a painter and say, “That tube of cadmium red light, you can’t use that anymore, and if you wanna use cadmium red light, bollocks!” [HTN laughs] You know what I’m saying? Well fuck that guy! Whaddya mean “bollocks?” I found that pretty awful, I have to say. I mean, maybe I didn’t read it in context, maybe he was meaning something else. Then I read something else, I think it was Mike Leigh but I’m not sure who it was now, but he was saying also in connection to Tarantino’s comments like, “Oh, now there are all these amazing movies on video.” I don’t know what the fuck he’s watching because maybe there are all these incredible films I’m missing that are on YouTube, but everything I see on YouTube sucks. [HTN laughs] So this digital revolution, which was supposed to bring all this “amazing” new cinema. Guess what? You watch Virgin Spring, which was made, what, 50 years ago, and that’s better than any YouTube video I’ve seen recently. So I don’t know what he thinks technology has brought to us.”

A Conversation With James Gray (THE IMMIGRANT)