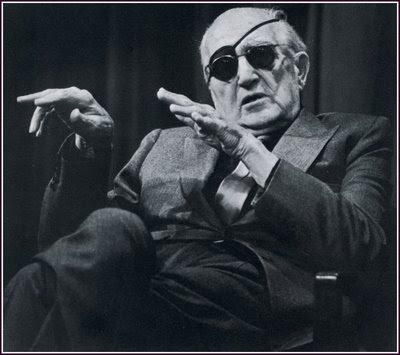 ...UND MORGEN: MORD! (... AND TOMORROW: MURDER!) - Planned in 1962 (written in Beverly Hills in 1961 and in Munich in 1962), the story deals with a seemingly respectable bourgeois, a severe defender of moral traditions, president of many social associations who in his youth had suffered various repressions which caused him to commit obsessive, sexual crimes. When he is discovered, he commits suicide. Only the police commissioner, with some few others, know the reality behind the laudatory obituary of the dead man.

DEATH OF A CAREER GIRL - In 1964, Lang was president of the Jury at the Cannes Film Festival; Jeanne Moreau was a member of the Jury and suggested that they make a film together. With the actress in mind, Lang wrote a detailed outline of the script. A mature and still beautiful woman, the head of an international economic network contemplates committing suicide because her life and ambitions seem to her to be empty. Her whole life is then seen in flashbacks. Beginning as a young girl working with the French resistance during the Nazi 'occupation', and, like Gina in Cloak and Dagger (Fritz Lang, 1946), by "touching scum becomes scum" in having affairs with Nazi officers. Poor and ambitious she uses men unscrupulously to further her career. As the only man who loves her and treats her with respect sadly explains to her, in the struggle upwards she has lost her soul. At the end of the film, she decides against suicide; as one of the living dead she opens yet another business conference with cold triumph. The agents of Lang and Moreau were unable to settle the conditions of production to their mutual satisfaction and the project was cancelled.

- After this, Lang seriously considered making one last film in spite of his failing eyesight. Claude Chabrol, long an admirer of Lang's work, brought him together in Paris with his own producer, André Génoves, who offered him both complete artistic liberty and an adequate budget. Lang planned a story about contemporary youth, their conflicts and desires, their striving to free themselves from the traditions of the establishment, and their use of drugs. He described to me one beautiful sequence: coloured balls leap from a roof terrace and glide easily down stairs and through the air. A young girl intensely involved in an LSD dream glides down with them. Lang finally decided that his failing sight would not allow him to make the film.